‘All music is, in some sense, a journey, but some musicians travel further than others. Percussionist Ramesh Shotham is one such. Originally a rock drummer with one of India¹s most successful bands Human Bondage, he underwent something of a conversion in the mid 1970s and was drawn back towards the music of his homeland. He has been steadily clocking up yet more miles in this musical journey, collaborating in the 1990s with jazz visionaries like saxophonists Steve Coleman and Charlie Mariano, composer Carla Bley and oud player Rabih Abou Khalil. Then came his own group, Madras Special, which may be a summation of all that he has learnt and discovered along the way.’ (Cormac Larkin in the Irish Sunday Tribune, 23.07.06)

Based in Germany, since the early 1980s, Shotham chose to live permanently in the city of Cologne around 1990, and became a German citizen in the year 2000. Nowadays, Shotham’s arsenal includes a bewildering array of percussion Instruments, ranging from diverse Indian traditional drums to selected pieces of the modern drum kit. He has been, over the years, working closely with companies such as Meinl Percussion, Wahan Drums and Anatolian Cymbals in developing, enhancing and endorsing their products. 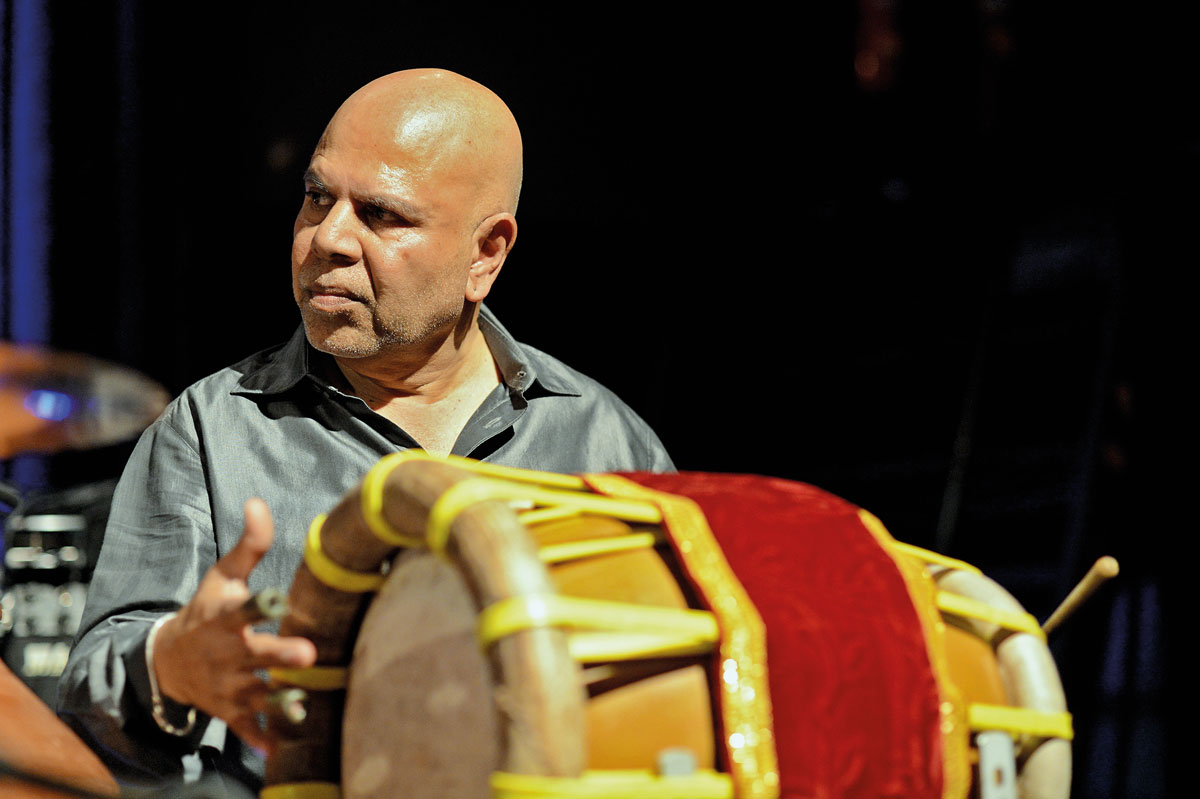 Shotham’s use of traditional Indian drums in Orchestral and Big Band settings is quite unique. His work with the Carla Bley Big Band (Escalator Over The Hill), the WDR Big Band (Sketches of Bangalore/Karnataka College of Percussion, Niedecken’s ‘Deutschlandlieder’), BujazzO (Tour of India during the German Cultural Year 2011) and Phoenix Foundation (Indian Tour 2013), is well documented. He has been closely associated with the Renga project of the LPO (London Philharmonic Orchestra), playing original ‘World Music’ compositions with some of the finest classical musicians from London. His forays into the Western Classical world also saw him playing percussion in Nationaltheater Mannheim’s production of the Baroque Opera ‘Alessandro’, directed by the famous Günter Krämer.

Besides fulfilling his busy touring and studio schedules, Shotham has been active in the field of music education. He has created special concepts for teaching rhythms to musicians (as well as to lay people), based on the unique drum language and mathematics of the music of South India. ‘GlobalTala’ and ‘Talking Rhythm’ Workshops represent these concepts.
Shotham has conducted workshops at music conservatories in Weimar, Cologne, Nürnberg, and Rostock. During the last 3 years, Shotham has been involved in ‘Kultur und Schule’ projects, working with children. He is currently a regular member of the World Percussion Academy’s annual meetings at the Landesmusikakademie in Heek.