Stefan Bauer, vibraphonist, marimba player and composer, is active in a wide-ranging field of music between tradition and avant-garde. Inspirational journeys and memorable collaborations with many fantastic musicians resulted in his nine CD releases to date under his own name. Bauer sees himself as a musical narrator who uses various stylistic means and the “voices” of a large group of individualistic musicians for his compositions. Stefan Bauer has performed at festivals from Abidjan to Zurich over decades and is an established jazz musician in Germany, Canada and in his home town of Brooklyn, NY.

“Bauer is a player of no uncertain gifts, strong in the technique and introspective feeling, whose instincts suggest a Euro-Canadian jazz connection.” Josef Woodard, Jazziz

Drummer Rhani Krija was born in 1971 in Essaouira, Morocco, in the heart of Gnawa culture. As a teenager he began to listen to traditional musical styles from North Africa, the ones that form the basis of his music today. Known for his knowledge and ability to play authentic Andalusian, Arabic, African and Latin American rhythms, Rhani has become a sought-after international drummer. Rhani, who lives in Germany, has recorded some fine percussion samplers for major record labels in recent years and performs all over the world. Rhani has recorded, toured and shared the stage with: Sting, Dominic Miller, Herbie Hancock, Al Di Meola, Placido Domingo, Peter Gabriel, the WDR Bigband, the SWR-Bigband, et. al. 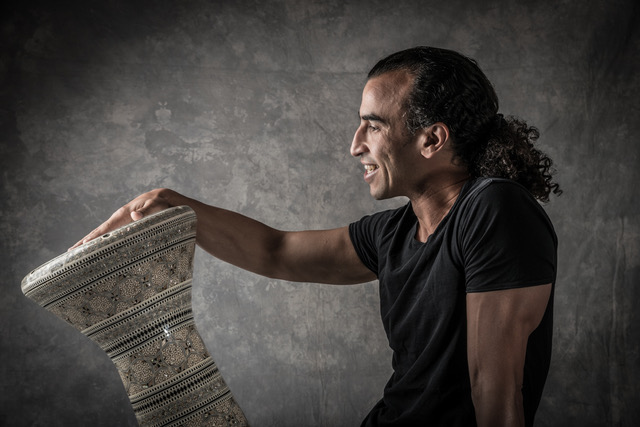